10 ways to help the parent of a child with autism 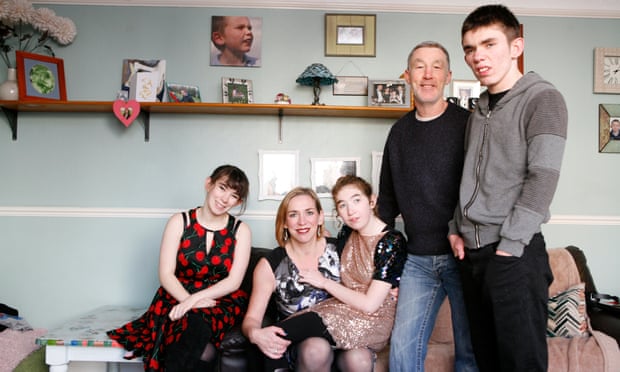 My newborn didn’t cry. Instead she peered, owl-like, at her new environment. Instantly, I fell in love. She was adorable, her face and shoulders were covered in down-like peach fuzz. Her blue eyes were almond shaped and her mouth was tiny. Over the next few days in hospital, while I recovered from a caesarean, various professionals came in and out. I well remember the third evening. I was forcing my tired eyes to read a novel that I had been enjoying before Daisy’s birth. Along came the junior registrar, hovering over my sleeping baby’s cot, his furrowed brow far easier to read than my book. “Is there something wrong?” I asked eventually.

“This baby isn’t normal,” he answered. “I think there is some kind of a syndrome.”

“Down’s syndrome?” I asked. In those days, I only knew of one syndrome.

“Yes, or something similar. The muscle tone seems to be low, and the feet are too small. See?”

I felt as if I had been dropped into a dark hole. It was lonely in there. A thousand questions bubbled inside me, but the registrar had disappeared. I wanted to talk to my husband. Instead, I scooped up Daisy and examined my sleeping daughter. Whatever the future held, I knew we were in it together.

Looking back, I realise that, even if the brutal news that Daisy was “not normal” had been given while my husband was there to support me, the question that was closest to my heart could not have been answered by anyone. “What will life be like now?”

Daisy’s official diagnosis, Kabuki syndrome, came via geneticists when she was 12 months old. Symptoms vary from person to person, but for Daisy it involved low muscle tone, joint hypermobility and severe learning disability. By the time we were given the full diagnosis, I was pregnant with my third child, who would complete our family.

From birth, Lenny clearly wasn’t disabled in the way that Daisy was. He was noticeably muscular and very strong. Intensely interested in his environment, Lenny was almost too able for his own good. His one true love, Mother Nature, called him constantly; he outfoxed any security system that we put in place to stop him getting outside. But despite his physical ingenuity, he didn’t talk. And he didn’t point at things that interested him or play with action figures. Instead, he would spin the wheels of toy cars, staring at the spokes as they whizzed around.

At three, Lenny was diagnosed with classic autism and I had to tell my eldest daughter, Rosie, then seven, that she had not one but two disabled siblings. Rosie was bright, academic and inquisitive; I had noticed that she was a bit different from her peers, but had put that down to her being an old soul who liked adult company. But she was struggling socially at school and, at the age of nine, she was diagnosed with Asperger syndrome .

There was a period of retreat while I processed the fact that all three children had challenges. Eventually, though, I braved the world. We attracted curious stares everywhere we went: Lenny wanted only to perch on adult shoulders or run off at dazzling speed, Daisy needed a specialist pushchair, and Rosie dressed bizarrely and would often appear to be in her own imaginary world. I learned to transform strangers’ curiosity into an opportunity to share information and make friends. If their directness left me lost for words, I could rely on Rosie. She was funny, quick-witted and loved to chat: “Daisy doesn’t walk yet because she has Kabuki syndrome. It doesn’t matter though, because she is beautiful as an angel. And this is my brother Len-Lens – he has classic autism, which means he is brilliant at spinning.”

I have learned so much in my two decades of being a mother. My children have been my best teachers, especially Rosie, who can often offer insight into what her younger siblings are feeling but cannot say. I wish there had been a wise friend to support me in those early days.

So, if you know someone who has a child with autism, here are 10 ways you can help:

1. Encourage your friend to seek out whatever support is on offer from social and educational services. When parents and services work together in a mutually respectful way, everyone is a winner.

2. Support your friend to advocate for her child. Medical professionals and school staff often focus on what the child can’t do. As a mother, I need to feel positive about my children and want those involved in their care to see their strengths as well as challenges. Having a friend who knows my child come along to a difficult meeting to support me is invaluable.

3. Much advice can be gleaned from local parents’ groups, and it is a great comfort for a parent to meet others in the same boat. But if your friend is feeling overwhelmed entering the world of special needs, she may need you to accompany her to initial meetings.

4. Strangers’ curiosity is often unwelcome. An inquisitive stare or an ill-judged remark can be the last straw. Having you by her side to fend off unwanted interest, or offer calm explanations will make all the difference.

5. Broken sleep is often a huge issue for children with autism. Their parents’ physical, mental and emotional health can suffer from many sleepless nights. If you know her child well enough, offer to stay in the house occasionally and be the one to get up instead.

6. Occasional respite care can be a godsend, allowing your friend time to invest in her marriage, spend time with her other children or just recharge her batteries. But the thought of allowing strangers to care for her child may fill her with guilt. She may need you to help explore what local services can offer in the way of respite care.

7. As the child grows older, their differences may become more apparent. Behaviours such as rocking, flapping hands or bouncing (often called stimming) may mark them out. Because it draws attention to their child, some parents find stimming acutely embarrassing and try to stop it. But stimming isn’t just some annoying habit; it often gives a good indication of how a person with autism is feeling. It can show their distress or their joy, it can be a comfort or distract them from something intolerable.

8. Family functions, such as parties and long, celebratory meals, can be tricky with an autistic child. Be on hand to help out. Pack a goody bag filled with distractions. This does not need to be expensive; spinners, balloons and stretchy toys can be great diversions. A preprepared goody bag can be the difference between your friend being able to stay at the celebration or having to leave early with a distressed child.

9. A mother of an autistic child may say that she can’t come for an evening out, as it is simply too difficult for her to leave home. Keep asking, keep reminding her that she is a valued friend, and that her company is very much wanted.

10. I firmly believe that dealing with today’s problems is quite enough. Discourage your friend from trying to plan too far ahead. Energy spent worrying about the future will drain her energy for today. Our young people with autism can surprise us, developing in ways that seemed impossible when they were children. Calm parents, love and unconditional acceptance are vital ingredients for ensuring happy adult autists.

• How to Best Help an Autism Mum by Sharon King is published by Austin Macauley, £8.99.

To read the article online at The Guardian, click here.